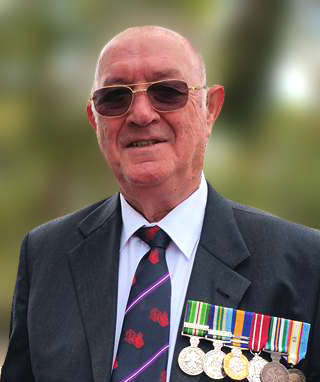 From 1966 to 1969, Fred completed a Cadetship in Cartography including a Diploma in Cartography, with the Lands Department of Western Australia and continued on as a Cartographer.  During these years, he also joined the Citizen Military Forces and completed Officer Training, graduating as a Second Lieutenant in the Australian Army and was allocated to the Royal Regiment of Australian Artillery.

In 1970, Fred resigned from the Lands Department and was appointed as a Commissioned Officer in the Royal Australian Survey Corps, the mapping agency of the Australian Regular Army.  He served full-time until February 1976, including completing an Associateship in Surveying. Fred then left full-time service with the Army and commenced his new vocation as a TAFE Lecturer in Surveying and Cartography at Wembley Technical College. Fred progressed to Advanced Skills Lecturer Grade 2, before resigning in 1998.

During the years 1976 to 2001, Fred had served as a part-time Army Reserve Officer in a variety of postings, including achieving promotion to the rank of Major and instructing at the Army’s Reserve Command and Staff College.

In October 2001, Fred went to Darwin to work as Project Officer for the Army with The Royal Military College Duntroon. This led to a period of Full-Time-Service at Headquarters Northern Command, and subsequently, in June 2002, a posting to Dili, East Timor as the Assistant Defence Attaché at the Australian Embassy.

On his return to Australia in May 2003, Fred resumed project duties at Headquarters Northern Command, and in January 2004 as the Staff Officer responsible for Military Geospatial Information. His next posting, in January 2006, was to Sydney as the Military Support Officer with the Defence Community Organisation.

In March 2008, at age 60, Fred resigned from full-time Regular Army, and served as a Reserve Officer until June 2013, when he was discharged from military service at the age of 65 years.

Commencing in 2006, Fred was elected President of the Royal Australian Survey Corps Association for 13 years. He stood down from this position on Anzac Day 2018 so that he could focus on his Consular duties.

Fred’s wife Lucy is the Health Service Manager at the Corrigin Hospital. Also, Fred has two sons, David and Adrian.